October 07, 2022
Dammy Krane reports to police that Davido allegedly sent his boys to attack him
Dammy Krane has accused Davido of sending boys to beat him up. 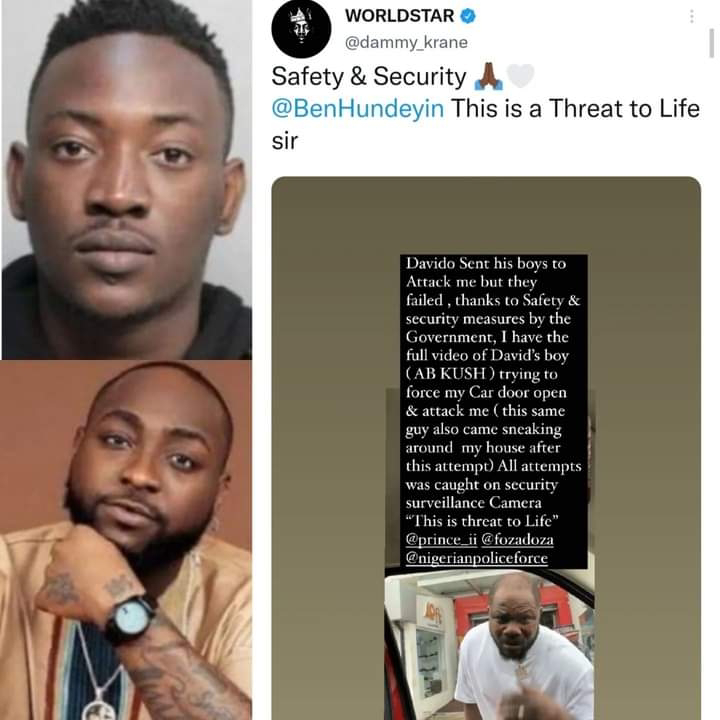 The singer has been accusing his colleague Davido of owing him money from a project they did together, and he asked Davido to pay back.
Dammy returned to Twitter today, October 7, to tell Police PRO Benjamin Hundeyin that his life is being threatened by Davido.
He claimed he has  a video of Davido's boy, AB Kush, trying to force his car door open to attack him.
She shared a screenshot to back his claims.
He then added that the attempted attack was caught on security surveillance camera.

Popular posts from this blog 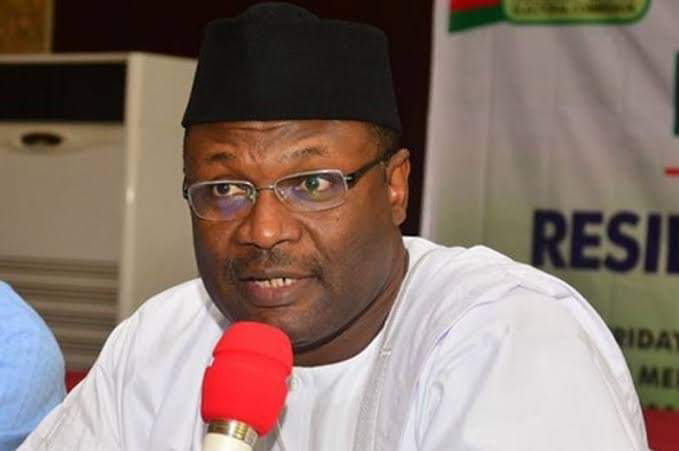 The Independent National Electoral Commission on Saturday boasted that it had “murdered” and “buried” rigging and other forms of electoral malpractices in the 2023 election with the signing of the Electoral Act 2022, the Bimodal Voter Registration System and other strict measures launched ahead of the 2023 general elections. The commission also expressed optimism that next year’s general elections would be free, fair, credible and free of corruption. The Chairman of INEC, Prof. Mahmood Yakubu, represented by the Deputy Director, Voter Education Provider, Election Monitoring and Observation, Chukwuemeke Ugbaoja, said this at a breakfast seminar organised by the Christian Men’s Fellowship, St. James’ Anglican Church in Abuja. The seminar was tagged, ‘Let’s talk Politics 2.0’, with the theme, ‘2023 and beyond: leadership, politics and citizenship engagement’. Yakubu said, “With the Electoral Act 2022, we have murdered rigging of elections in this country; we have buried it. I
Read more 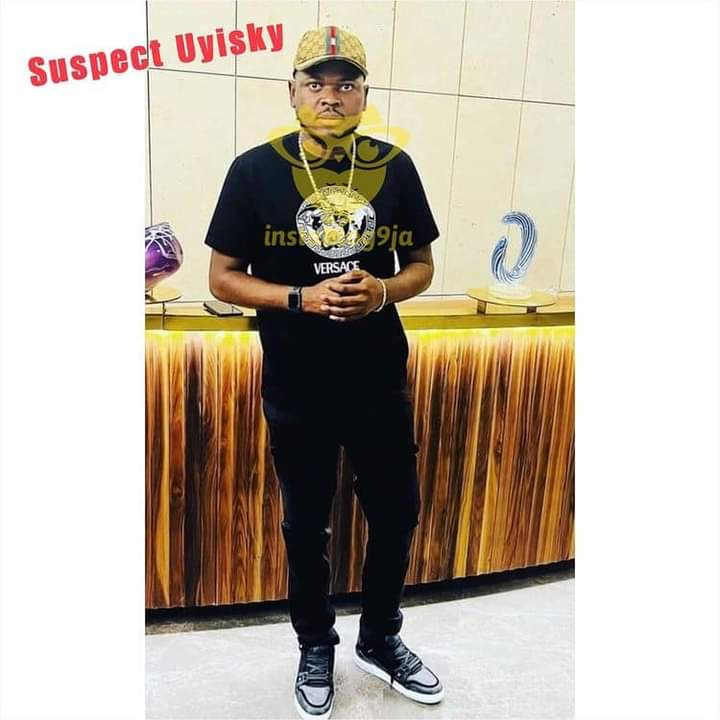 Singer Tfame hospitalized after being st@bbed and r@bbed by his besties in S. Afric Nigerian singer and football agent, Anthony Idise aka Tfame, has been hospitalized after he was allegedly att@cked by his besties in Gauteng, South Africa.  It was gathered that the 32-year-old was att@cked by two of friends and four others on Friday, October 7.  They were said to have st@bbed him repeatedly and made away with his phones, cash and other valuables.  According to Tfame, “I was set up by my so called friends; Uyisky, Madagascar aka PM and four others. Uyisky lured me to come and see him at his place, but when I got there, they att@cked me, st@bbed me and st@le all my watches, phones, cash and jewelry.  PM Madagascar, who ran from Dubai to South Africa, is the one who brought the other guys to r@b me and att@ck me because he has always been jealous of me and envy of my watches and diamonds. They used Uyisky to lure me out. If not for neighbors that called security, I would be de
Read more 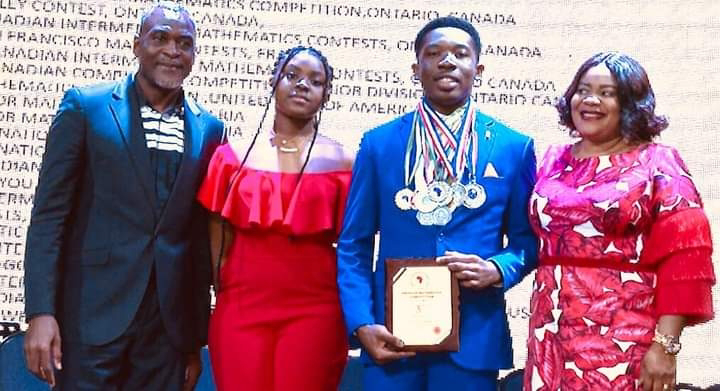 The young brainiac Diepreye David is an indigene of Nembe Local Government Area in Bayelsa State who a student of Graceland International School Port Harcourt, he aspires to be a world-renowned Mathematician, Scientist, Nano-Technologist, Software Engineer, and Robotic Engineer in the near future. He received recently by the Commissioner for Education Bayelsa State, Dr Gentle E Emelah. He is one of Nigeria’s National PROMASIDOR COWBELLPEDIA Mathematics 2018/2019  latest Edition Champions with several International Mathematics medals from the Canadian Mathematics Contests (CMC). He led a team among 2 to international Robotic Contest as representatives for Nigeria  hosted by Greece. David is also a champion of SAMO (South Africa Mathematics Olympiad) in junior,  intermediate and senior categories, a Bronze, Silver, and Gold medals champion of various AMC (American Mathematics Competition) competitions from AMC8-12.    BREAKDOWN OF AWARDS: AMERICAN MATHS COMPETITIONS(AMC) • Se
Read more